David Young qualified with honours in Dentistry from the United Medical and Dental Schools of Guy’s and St. Thomas’s in 1985. In 1991 he became a Fellow of the Royal College of Surgeons of England.

David then joined the three year Orthodontic Postgraduate Training Programme at the Eastman Dental Hospital and was awarded a Master of Science Degree in Orthodontics, with Honours, from the University of London in 1993 and awarded the European Research Award in 1994 for his thesis. In 1994 he was awarded a Membership in Orthodontics from the Royal College of Surgeons of England and gained the distinction of the Gold Medal for clinical excellence.

David is involved in clinical teaching and lecturing in orthodontics to postgraduate orthodontic trainees at Guy’s Hospital, and research into new methods of orthodontic care. He has lectured both nationally and internationally and is a member of The British, European and World Federation of Orthodontists. David Young is certified in the use of Invisalign. He specialises on adult orthodontics including severe problems of malalignment of the jaw and teeth. 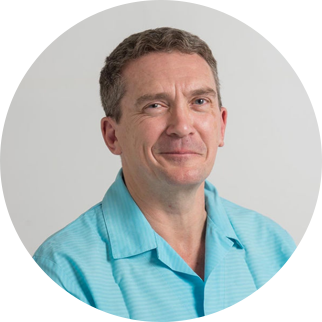 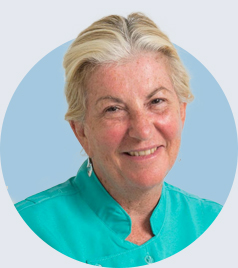 Dr Paolella has had over 40 years of experience in private dental practice and has established herself as one of the most experienced general dentists in the UK. 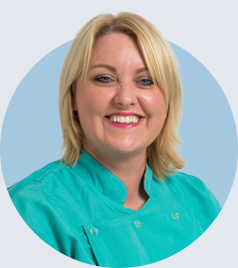 Sally’s roots in dentistry date back to her work experience at Guys Dental Hospital at the age of 15. 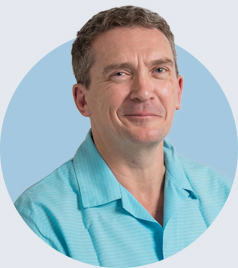 David Young qualified with honours in Dentistry from the United Medical and Dental Schools of Guy’s and St. Thomas’s. 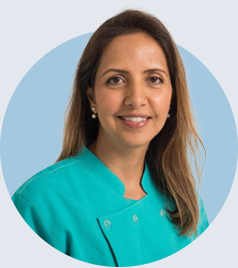 Cristina graduated at The Catholic University of Minas Gerais, Brazil, in February 1999 where she also underwent specialist training in periodontology and minor oral surgery. 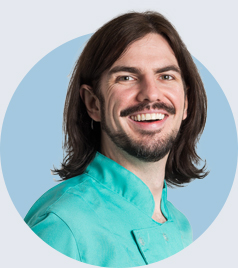 We are delighted and privileged to have someone with Chris’ special skills and caring personality. He graduated from Bristol University in 2007 and undertook specialist training in sedation techniques for anxiety management. 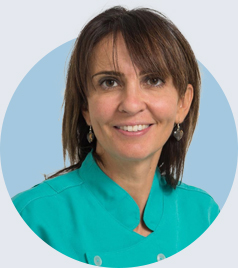 Rosa has a special interest and specialist training in facial aesthetics, particularly non-surgical techniques, to discreetly transform and refresh your face. 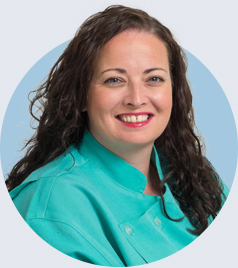 Chris qualified with distinction as a dental nurse at Guys Hospital as a dental nurse in 2000. She went on to fulfill her ambition to train as a hygienist and was awarded her qualification from University College Cork in 2010. 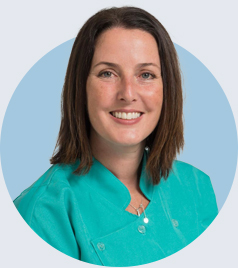 Louisa qualified with Honours as a dental nurse at Guys Hospital in 1996 and subsequently achieved a Diploma in Dental Hygiene at The Eastman Dental Hospital. She has worked with Toni for nearly twenty years. 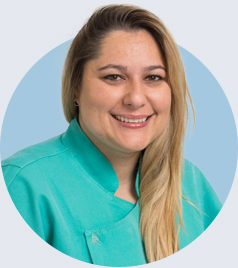 Karine travelled the world from Brazil and landed on our doorstep 5 years ago. She then retrained to meet British requirements to register as a dental nurse and also qualified in dental radiography. 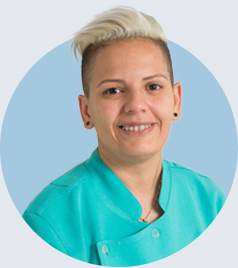 Atsuyoshi trained in Japan before coming to England to further his career as a dental ceramist. With a mastery for detail, he captures the natural beauty of form to produce aesthetically enhancing, undetectable restorations. 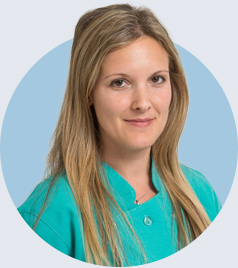 Thank you SO, so much for the lovely cleaning you gave me on Saturday. Thank you for all the support you gave me on the way to managing it – it was invaluable, as I'm sure you know. I was sorry not to see you on Monday to thank you in person.... as I bonded with your care the most in the run-up.

I first came to Gentle Dentist around 2015 as a terrified patient who needed many root canals and other work. The team were very caring and helped me get through the extensive treatment needed. As a person who has extreme discomfort when confined to the chair and having tools etc in my mouth, I cannot believe I got through the treatments that had to be done. It's all thanks to the brilliant team at GD. Today is April 2018 and I have just come back for a check up. Although still nervous, the team once again put me at ease. For any person with any kind of dentist phobia, I definitely recommend this place!

Myself, wife and 2 children (now adults) have been treated superbly by Toni and her team for over the last 30 years. I cannot fault any of the treatments prescribed suffering no after effects. There are other more expensive dentists around not necessarily practising in London.

Myself, wife and 2 kids have trusted Tonis team for 10 years. They have done a brilliant job - totally professional and caring.

It must be pretty rare for anyone to say they’ve become friends with their dentistry team but that’s exactly what has happened with the crew at the Gentle Dentist.  There’s always such a great welcome and it goes without saying that the dental work is first class.  I would thoroughly recommend them.

After neglecting my teeth for some time and then getting toothache I was forced to do something.
I looked on line and decided to try the Gentle Dentist as it said it dealt with nervous patients which I certainly was/am. Well I'm so glad I did as thanks to everyone there my teeth are now so much healthier and I feel so much better knowing that. I just wish I'd not left it so long.

20 years ago I had the miss fortune to fall and break (smash) 14 teeth, I cannot begin to describe the pain and complications that followed. The agony was exacerbated by several dentists, over several months, 2 in Harley st. the mental scares live brightly in my memory. Then I met Toni, The Gentle Dentist, I feel so comfortable with her and trust her work to the degree I sometimes fall asleep during treatment. None of the other dentist’s work lasted much more than 5 years, Toni’s has lasted 20 years so far.

The Gentle dentist is the only dentist who was gentle and carried out work which is still in place today. You will find cheaper, you won’t find better.

I have been a client for many years and Toni and her team’s sensitivity makes the practice feel like home.

The practice and team are the most professional, dedicated, passionate professionals, offering the most advanced dentistry I have experienced, their care leaves to be desired.

I have been a long standing patient of the Gentle Dentist. I initially went to see Toni on a recommendation from a colleague who waxed lyrical about Toni and her practice! And I never looked back! Since then I've had significant orthodontic work and have been wonderfully looked after by David. The welcoming committee aka Sally is a breath of fresh air. Not only warm, friendly and inviting but helpful & conscientious. Everyone at TGD is brilliantly thorough, diligent, kind and caring. Someone will always see you - if you're in pain or something's happened to a retainer, fixed brace - you will always get an appointment! A great team of professionals. I'd not go anywhere

The only dentists I have ever missed between appointments and looked forward to having to go and see.

Friendly and flexible staff. They clearly know their field do their level best to accommodate and offer good advice. Nice offices and the equipment is up to date.

I am a new patient of Dr Paolella and have been treated very well. I am very nervous and my teeth extremely sensitive and have now spent an entire day having all my work done under sedation and did not feel a thing. Her technician is amazing and very talented at colour matching. She has a lovely new practice in Covent Garden with ‘state of the art’ equipment, lovely staff and a very gentle hygienist so at all times I felt in good professional hands.

To Toni, David, Chris & all the team, I just wanted to say thank you for doing a first class job on my teeth, I still can't believe the transformation. They are just amazing.

Just a quick note to say. THANK YOU, THANK YOU AND LAST OF ALL THANK YOU!! I will eternally be grateful for plucking up the courage to make the first visit. How lucky am I?!?!?

I have never been to any private practice with such friendly and hard working staff!! Certainly makes the whole process a million times easier and more bearable!

Modern and friendly dental place. Does offer high quality services, Comfortable environment. I found all that I was looking for: healthy, good-looking and a natural smile. I’m lucky and now i can enjoy my family and my friends without shame. It did make a massive difference on my confidence, and took my phobia away! Excellence practice, affordable prices and fair considering the service that is offered. Thank you so much girls!!!!!!!

How to find us


Weekend appointments can sometimes be accommodated by special request.

We look forward to meeting you at your initial appointment. 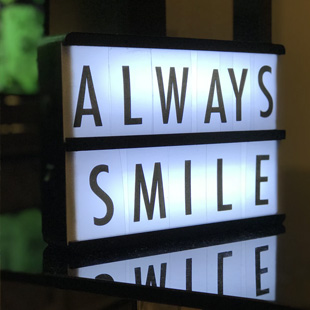 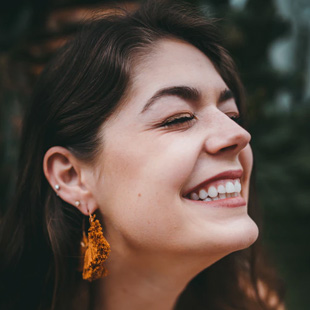 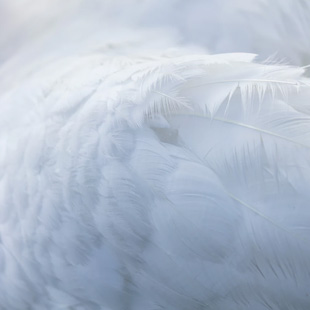